On 10.18.14, Vitor Shaolin was in the main event for a superfight with Nino Schembri.

Both are former champions who now run successful academies in America.

Shaolin was able to come out victorious with a score of 8-0.

Jiu-Jitsu Global Federation had this to say about the fight :

"This match was scheduled for 15 minutes under IBJJF rules.  In the final super fight of the night, Vitor "Shaolin" strategically pulled Nino into his classic half-guard position with the one knee shield.  During the many half-guard passing attempts by Nino, Vitor went on the attack to make the first sweep in typical Shaolin fashion quickly transitioning from the half-guard sweep position to a standing takedown gaining the first 2 points.  The rest of the match was mostly closed guard action for Nino having Shaolin opening and attempting to pass.  Vitor racked up points in the stand up position with additional takedowns.  The final score after 15 minutes was 8 to 0 with Shaolin's hand going up by the referee." 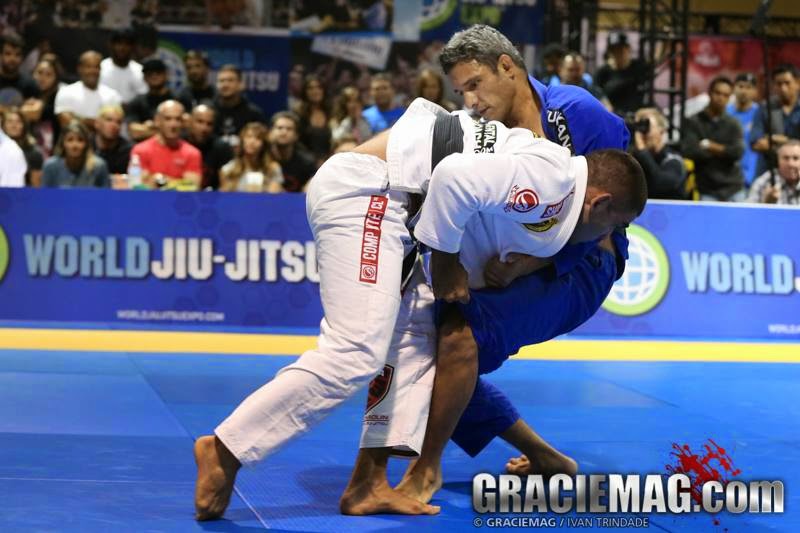 Photo Credit: Gracie Mag for both pictures
Also, big congratulations to Shaolin's good friend Robson Moura who was able to win in the co-main event with a beautiful choke.
For those of you who have been training in the main academy, you may have taken a few classes with guest instructor Caju. Caju flew out to California with Shaolin and competed in the Long Beach Open where he won his division. 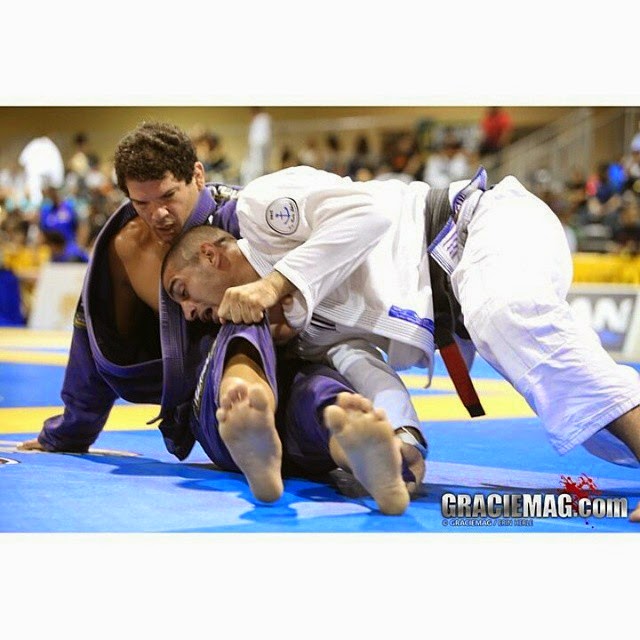